Initially started as a competitive alternative to Intramurals and the Intercollegiate Team, the UCSD Men’s Club Volleyball Team has grown into a nationally recognized force. Prior to 2001, games were casually scheduled against local teams and were played very similarly to open court (no refs, scoreboard). In 2001, UC San Diego joined the Southern California Club Volleyball League (SCCVL.org). In the past several years, UC Slam Diego has grown to become a powerhouse in the world of club volleyball. The Tritons have qualified for the top division at Nationals for the past ten years, including a third-place finish in 2013. For five years now, two teams have been fielded to compete under the title of UC San Diego. In 2020, both of our teams were at the top of their respective divisions before the season was cut short by the pandemic. We hope to continue where we left off in the upcoming season, and compete at the Collegiate Nationals held in Phoenix, Arizona in 2022. 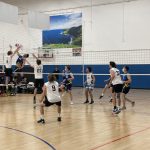 After a long hiatus away from competition with other universities, UCSD Men's Club volleyball made their first long-awaited appearance at the 2022 MLK Invite. This time, however, they came with a new addition: the brand new C team! Read More>> 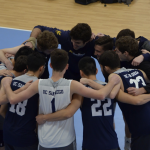 This past weekend, the B team made the drive up to Cal Poly Pomona to play their last round of SCCVL League play this season. 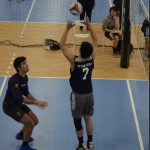 Last weekend the A team endured the drive to California Polytechnic Pomona to compete in the South Divisional tournament. On Saturday they faced off against CSU Long Beach, UC Irvine, and SDSU. Read More>> 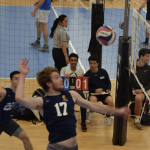 The UCSD B team is on fire as they walked out of last weekend's tournament with their perfect record untouched. Read More>> 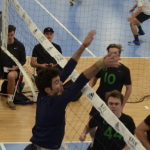 This last weekend saw our A team come off to a strong start in Santa Barbara during the crossover tournament with the SCVVL Division 1 North teams. Read More>> 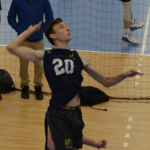 2/8/20 - The Tritons Go Undefeated in Riverside

Over the weekend, the UCSD B team played the out of their minds going undefeated in their 5-team pool. Read More>> 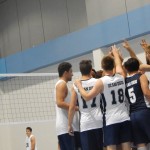 MLK Invite hosted by SCCVL was a blast. This 2 day tourney at WAVE Volleyball Club in Del Mar hosted 20 teams from the West coast. Our A team was so close, yet so far from winning it all, losing a 3 set thriller against ASU in the finals, and ended up winning the silver medal. Our team B also posted an impressive finish of 10th place. They were, however, 1 set away from making it into the 4 team gold bracket. While A team struggled in the first match of the tourney, they made up for it when it counted. We are proud of both teams in their first tournament, and most importantly have learned what to work on in the coming practices. Two of our freshman, Wesley Wang and Lance Muret were chosen all-tournament team, and each has a sweet pair of Blenders to show for it... Read More>> 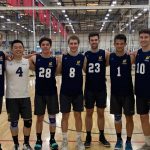 This past weekend saw the Men’s A and B teams competing in their first preseason action at San Diego State University’s tournament. Read More>

After months of hard work and practice, the A team flew out to Denver, Colorado for the culmination of their season at the club national tournament. Three days of intense competition in the thin air of the Mile High City awaited them, but they were ready and excited. Read More> 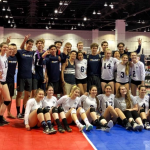 Successfully qualifying for the D1 league championships, the UC Slam Diegans showed up at the American Sports center in Anaheim ready to end league play on a good note before the grind for nationals began. Read More> 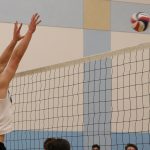 Small in Numbers, Big in Biceps

This past weekend, the UCSD Men's Club Volleyball team was only able to send one team to the West Regions Challenge. On day one, only seven players (the minimum required to play) were able to make it. Read More> 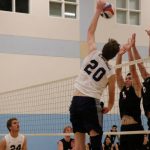 The UCSD B team had a lot of success this weekend as they fought neck and neck with each team. They started out guns ablaze as they won their first set in a dominating fashion. Read More> 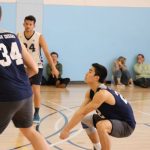 League Round Two- A

This last weekend the gentlemen of UC Slam Diego-A participated in their second league tournament at Long Beach State University. However, a plethora of sickness descended on the Tritons as they entered the tournament four people short. Read More> 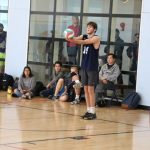 The UC Slam Diego B team faced off against tough competition this weekend at the University of San Diego. The Tritons began their day by playing against Claremont McKenna College, suffering a tough loss in two. Read More> 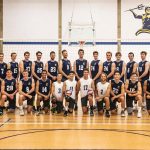 For the third and final round of league play, UC San Diego's A team hosts the fellow teams of the southern division. Their first game was against UC Irvine, and despite pushing the score past 25 each time, UCSD lost both sets and ultimately the match itself. Read More> 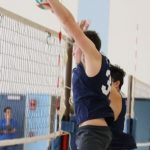 The UC Slam Diegans of the B team visited UC Riverside this weekend, to play against the neighboring University of San Diego, and the home team, UC Riverside. Read More> 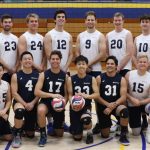 The UC Slam Diegans had a strong showing at the league opener this season. Starting the day off with a close victory in three against USC. UCSD's A team made a statement that they were there to win. Read More> 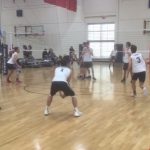 The UCSD Men’s Club team visited SDSU for a preseason tournament this past weekend. Final cuts hadn’t been made yet, and due to missing players due to a fraternity event, the full strength of the team was not showcased. Read More> 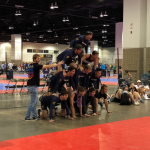 Success at the First Tournament of the Year

The UC Slam Diegans had their first tournament of the season at Wave Volleyball Club in Del Mar. Both A and B teams were in attendance. The A team finished first in their pool, beating University of North Dakota in 3 sets, and UCLA in 2 sets. The B team played close matches against USC-B, Utah Valley, and Oregon State, but were not able to secure a full win. Read More>