Triathlon is fast-growing, endurance sport and Olympic event that consists of swimming, cycling, and running. With the roots of the sport growing out the San Diego running, cycling and swimming communities, UC San Diego is uniquely positioned at one of the centers of the triathlon world and has some of the best climate and terrain for training year round.

The UC San Diego Triathlon Team was founded in 1998 and has grown to more than 40 athletes. The team competes in Sprint and Olympic-distance races throughout the spring and summer against other schools in the West Coast Collegiate Triathlon Conference (WCCTC), such as Stanford, Berkeley, UC Santa Barbara, and Cal Poly, San Luis Obsipo. UCSD's team also sends athletes to compete at the Collegiate Nationals race each year.

Historically, the UCSD Tritons have been extremely successful, both within the WCCTC and also at the national level. In 2008, UCSD's women's team won the National Collegiate Team title, with Amanda Felder winning the overall women's race. That same year, UCSD's women swept the entire collegiate podium at the prestigious Wildflower Triathlon at Lake San Antonio, CA. In 2005, UCSD won both the individual mens and womens National Collegiate Championship with Brendan O'Brien and Amanda Felders winning their respective races.

Besides racing in collegiate events, members of the UCSD Triathlon Team have had strong showings at a wide range of triathlon events. For example, in 2008, Lauren Chiodini placed 2nd in her division at the Age Group Nationals race and was selected to represent the United States at the Age Group Worlds race in Australia. In addition to placing well in various Sprint and Olympic-distance races, UCSD athletes have also raced in Half Ironman and Ironman events, with some members even qualifying for coveted spots to Ironman Hawaii.

In addition to competing at the highest levels, the UCSD Triathlon Team has sought to make the sport of triathlon more accessible to the student body at large. With that goal in mind, the team accepts all interested students regardless of athletic background. Furthermore, with the help of the Triathlon Club of San Diego, the team hosts their own sprint distance race, the Tritonman Triathlon, each year at Fiesta Island in Mission Bay. The race serves as the team's main fund raiser for the year and has attracted numerous students from UCSD and many collegiate teams from the WCCTC, as well as top local pros and amateur triathletes.

First Official Practice: Monday, October 3rd at 9am at Canyonview 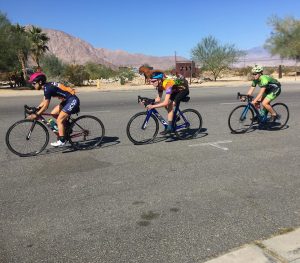 The team went out to Anza Borrego desert, palm canyon campground for the weekend to work on bike skills and get some good long rides in. Read More >> 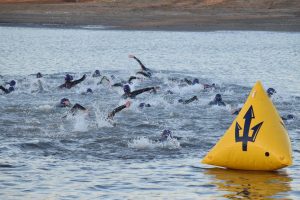 The team departed for the race early that morning and arrived at the course for packet pick up and transition set up. The swim started... Read More >> 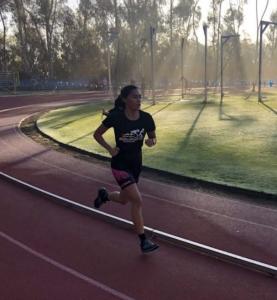 Kendra’s Race took place in Santa Barbara, CA. I had not raced this race before so the night before I was feeling very excited and ready to go. Read More> 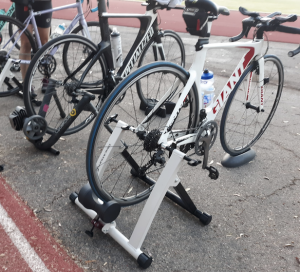 Zot Trot took place in Irvine, CA. I had raced this race before so the day before I was feeling Excited. I’m a veteran racer.Read More> 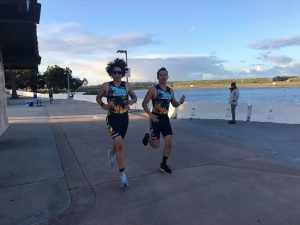 Bike Camp started bright and early Saturday morning. Because Anza Borrego is the dessert, it gets hot very quickly, so if you want to have any fun riding you need to get started in the morning. Our team started riding at 8:30, but by this time temperatures were already approaching 90 degrees.Read More> 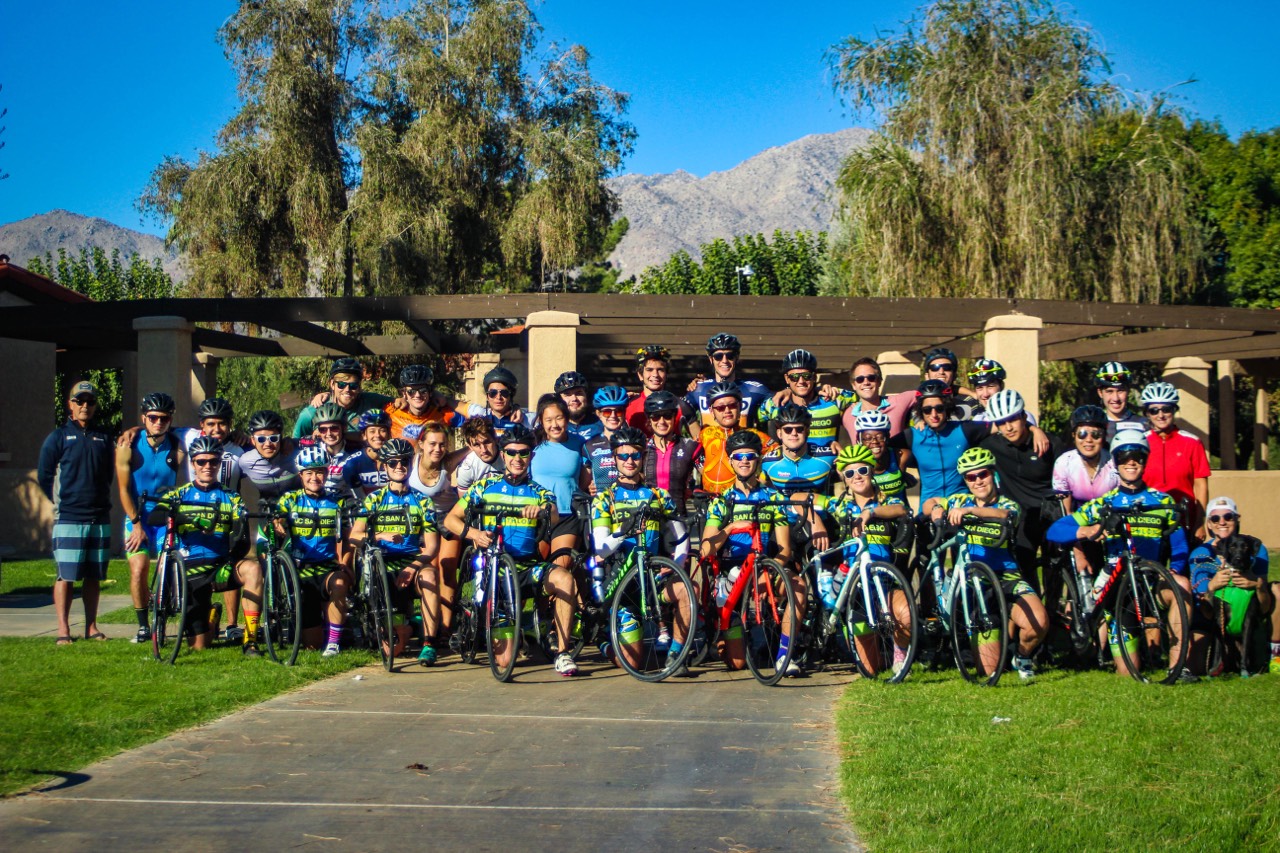 On Sunday November 3rd, 2019 I ran into the water as part of UCSD Triathlon’s CoveSkipper. It was my first race with the team, so I was really excited to try out a multi-sport race for the first time!  Read More > 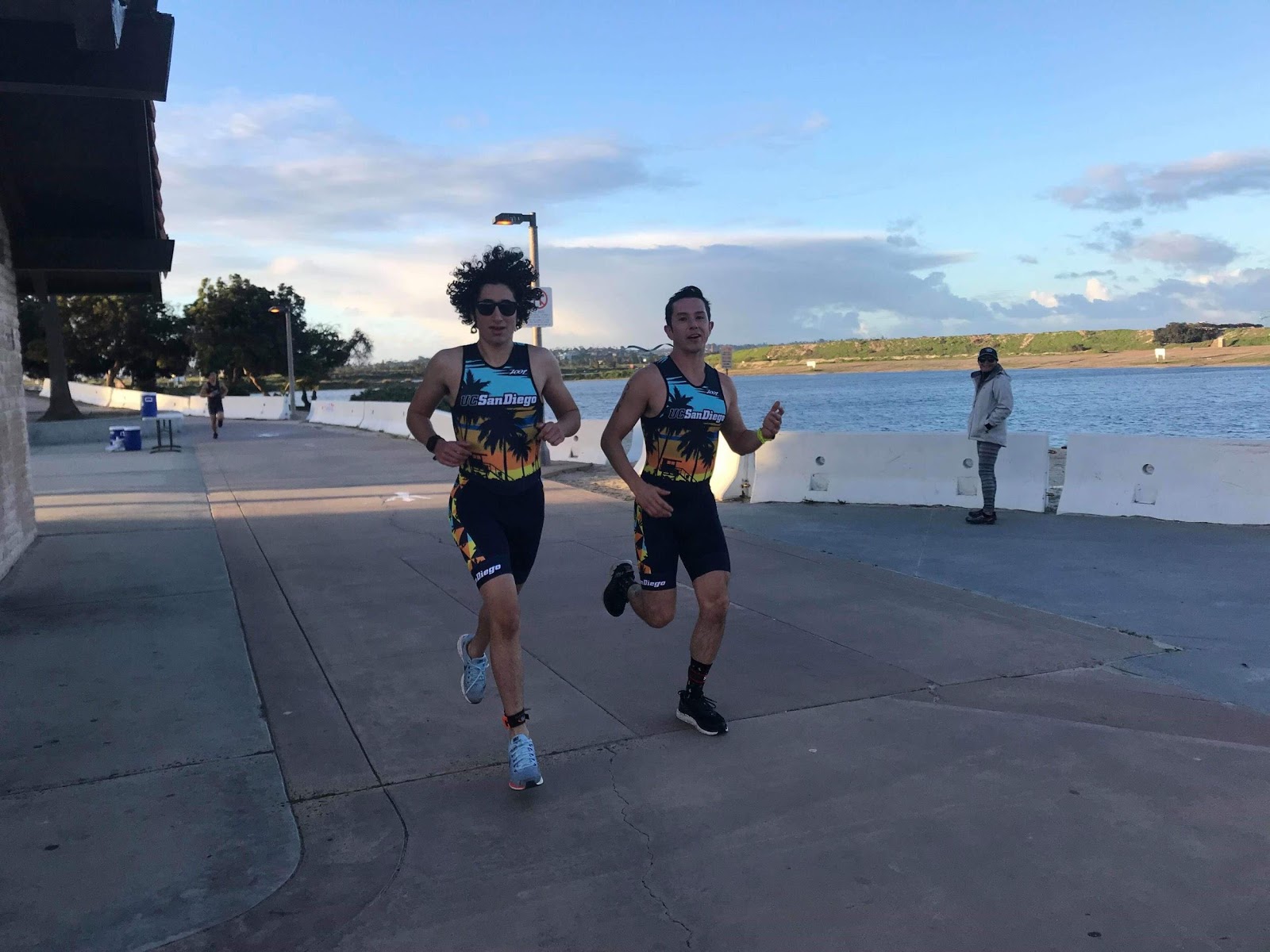 As the only member from the UCSD Triatholon team competing at UCLA’s IronBruin tournament, Paul Lathrop was determined to do his best.  Read More > 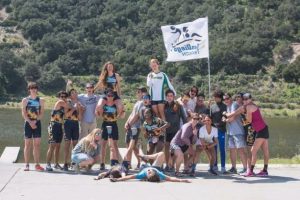 It was an 8 hour drive to Berkeley split between Friday and Saturday. On Sunday the woman's race kicked off before sunrise, and the men's race followed an hour later. There were 23 men in the elite/collegiate draft legal race, >Read more 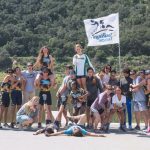 Tri to Rain on my Parade

The Conference race is always the culmination of the season for our team. It is not the last race, nor is it the biggest or the most important. Nationals, which takes place a couple weeks later, is bigger, faster, and more important. But Conference is the main course, and Nationals is the dessert. Read More> 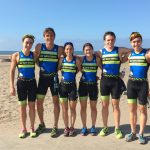 I've been in and out of injury with ITB for a while now so I was unsure of racing, but I signed up anyways since my rehab had been going well and I was itching to get a race in. My resolve was not unwavering though; I even tried to transfer my race entry to a teammate a few days before the race. Read More> 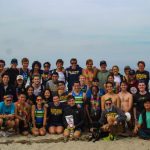 Coveskipper was my first time doing a multisport race. I knew the day would mostly be about getting a feel for racing, so I decided not to have any goals for time or placing, but instead to just give a solid effort and try to enjoy the pain that awaited me. Read More> 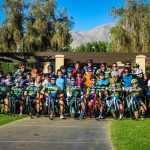 Being new to the team, as well as being new to California I was super excited to head away to Anza-Borrego Desert State Park for the annual bike camp. Read More> 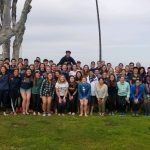 So you have heard of Triathlon but have you heard of Duathlon? If you haven't, then prepare to have your mind blown. Read More> 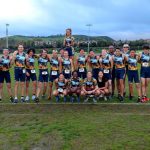 You ever ran cross country? No. Well let me break it down for you. It’s 3 miles of non-stop gut wrenching racing. Today after a 6 month long hiatus I was returning to the racing scene. Read More> 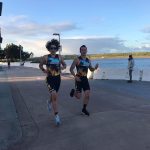 Despite the race starting at 7am, I arrived at Fiesta Island at 4:30 to help setup. With the moon up and stars out, I definitely wanted to be back in bed for a couple more hours, but the energy of my teammates helped me block out my grogginess. Read More> 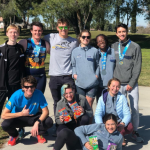 My race morning began earlier than any other race I’d ever participated in thus far: 2:30 am. Why? Because I was driving to the Santa Fe Dam from San Diego, and I had to pick up Andie and Jason along the way. Read More> 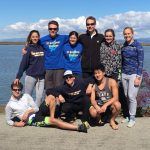 Any five-hundred mile car trip is a bad idea, but getting a chance to do my first draft- legal race was going to make it worth it. Our teammate Micheal, our driver for that weekend’s trip, had the right plan of getting us up at 5:00am to make the trip and skip the LA traffic, and so by 8:00 am we had hit the central valley. Read More> 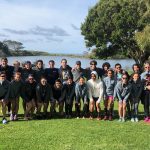 In the week before Santa Barbara, the team was looking forward to competing in a great sprint triathlon with a beautiful course boasting an ocean swim, a flat bike course, and a trail run. Read More> 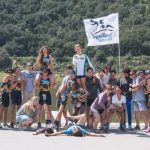 The Conference race is always the culmination of the season for our team. It is not the last race, nor is it the biggest or the most important. Nationals, which takes place a couple weeks later, is bigger, faster, and more important. But Conference is the main course, and Nationals is the dessert. It is at the conference race when all of our training comes together and we put our bodies on the line for the first Olympic distance race of the season. It is twice  Read More> 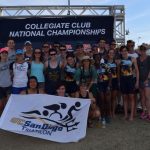 Wow, what a weekend collegiate nationals was. So much racing, so much time with the team, so much fun. It was a spectacular way to start the last quarter of the year. Leading up to it I was worried about the two days of classes I would be missing but after the weekend  Read More>