UCSD Men’s Lacrosse is a competitive club team that aims to give athletic and driven young men an outlet to grow their lacrosse skills in a competitive team environment. We compete in the MCLA division II Southwest Lacrosse Conference. We compete against teams such as USD, Northern Arizona, CSU San Marcos, and many other competitive teams across California.

The past two seasons we have earned the first playoff seed and competed for the championship. Our goal for the 2019-2020 season is to win a conference championship make it back to Nationals! During the fall, winter, and spring, the team practices three to four days a week; at night in order to avoid class conflicts. In season, games are 1-2 times a week either on weeknights or weekends. During the summer season, the team hosts a league that all players are encouraged to join to continue working on their skill for the following season.

Tryouts for the 2019-2020 seasons will take place throughout Weeks 1-2 of Fall quarter on Muir field. Look for us tabling Week 0 on Library Walk and near RIMAC. Feel free to email us any further questions about tryout dates and the practice schedule. 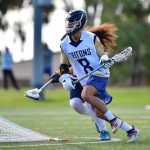 The UCSD Tritons came out against divisional opponent UCI with a win last Saturday. This puts them to 4-0 on the year and 1-0 in league. Read More> 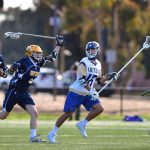 The Triton Lacrosse team continued their winning streak this last Saturday with a resounding 19-1 win over Biola. Read More> 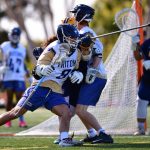 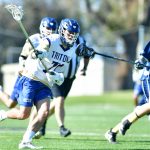 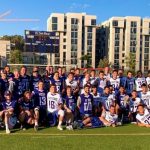 Despite the appearance of  “Dirty J” Jonathan Chan, the Triton Lacrosse Alumni came up winless this past Saturday against the current team. Read More> 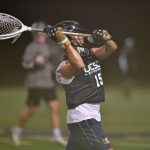 UCSD Tritons Fall by One to Crosstown Rival SDSU Aztecs

UCSD Men’s Lacrosse rounded out their fall league with a game against crosstown rival, and D1 team, the SDSU Aztecs. Read More> 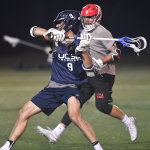 The most talked about preseason game to ever grace Muir field saw the Tritons play at their highest level yet against their despised rival CSUSM. Read More> 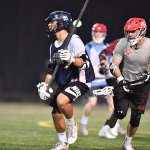 UCSD men’s lacrosse played against the San Diego Men’s Lacrosse Club on 10/8/2019. The game began with several quick scores by SDLC and the Tritons quickly fell behind. Read More> 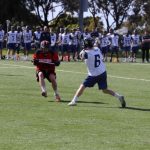 Your Tritons brought the juice on Saturday and sent Long Beach State back to LA with a decisive 14-4 loss. This win ended a four year long losing streak against The Beach, and secured the Tritons a spot in the Southwestern Lacrosse Conference (SLC) playoffs. Read More> 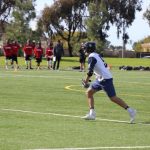 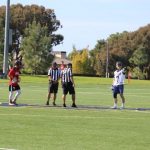 The UC San Diego Men’s Lacrosse team fell tragically to the UC Davis Aggies with a loss of 15-2. The Tritons came off of a week and a half break for finals/spring break heading into this game...and it showed. UC San Diego was not Read more> 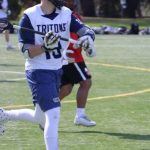 Tritons stunned by MSU Denver; the blade of loss turns in a fresh wound

The UC San Diego Men’s Lacrosse team unfortunately continued their losing streak with a stunning loss to MSU Denver 4-5 in overtime. The Triton roster has been thinned by injury and illness over the past week. Yet this squad still had all of the tools to win this game against the Roadrunners from the Mile High City.Read More> 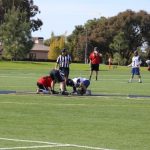 Your Tritons showed up for their home opener against CSU Channel Islands with a resounding 26-3 win over the dolphins. The Tritons emptied the bench in this game and used it as a test to see how capable the team was as a whole.  Read More> 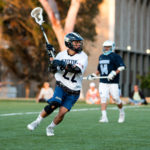 It was a sad day in San Diego. Your Tritons fell tragically to cross town rivals SDSU. The Aztecs skill was evenly matched with the Triton team, but SDSU's preparation was the difference maker in this game. Read More> 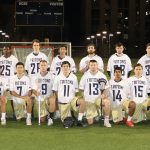 Tritons continue their winning streak against the alumni, showing the players of teams past that our team is more than capable to take on the SLC. Read More>