Collegiate cycling is bicycle racing organized for competition against teams from other colleges. UCSD represents one of the schools in the Western Collegiate Cycling Conference, which includes San Diego State University, Claremont College, UCD, UCB, UCLA, UCSC, Cal Poly San Luis Obispo, Cal Poly Pomona, Stanford, and University of Nevada, Reno. The Western Collegiate Cycling Conference competes against other conferences in the US at national events.

Collegiate bike racing blends team goals and personal goals. It differs from UCSF racing because personal points are summed up for teams to give them local and national rankings. Individuals are ranked as well, but the best rewards come from high team rankings.

Our rides vary greatly; you may find yourself on a relaxing spin up Highway 101, a rigorous climbing session in the hills east of San Diego, a cross-country ride through the Mission Trails or the Laguna Mountains, or a gravity-propelled ride down some rocky hills in Poway. 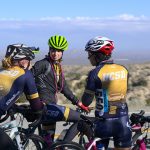 The UCLA Road Race is widely regarded as the hardest in California, with each 12.5 mile lap having 1500 feet of climbing.  Read More> 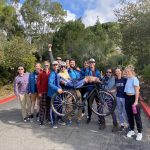 The WCCC Championship at UCSB was a total blast. On Saturday morning we got a good warmup in by riding 8 miles to the race course from our AirBnB. The team time trial started at 9:30, and the course was a 15 mile loop with some hills and very bumpy terrain. Read More> 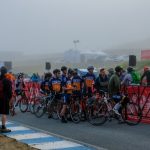 USC's race weekend was a fantastic time! We got a big rental house just a few minutes away from the race courses and had some great team bonding staying all together. Saturday's circuit race took place in a torrential downpour, but we managed to have fun and do well anyhow. Read More> 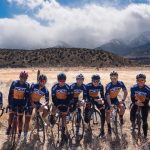 We had a great time at UCLA's race weekend! The men's C's started out at 7am on Saturday in 22 degree weather, and boy was it tough! Aaron ended up getting fifth with Eli and Edward finishing farther back in the pack. Read More> 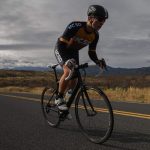 U of A Race Weekend

We had a great time in Arizona! Racing was fun and the scenery was beautiful. The road race on Saturday started at elevation and immediately descended about 2,000 feet down a curvy road -- scary in a pack of more than 50! Read More>