UCSD Ice Hockey is a student-run ice hockey organization competing in the Men’s Division II of the American Collegiate Hockey Association. Join us on our journey as we take to the ice for our inaugural season in the PAC-8 Intercollegiate Hockey Conference, alongside local division rivals San Diego State, UCLA, USC, and Arizona State. The loss of our 2020-21 season, unfortunately, saw seniors and longtime team veterans Dexter Hamilton and Kent Pinz, among other former Tritons, finish their degrees online without the proper send-off. We are excited to showcase a round of new first- and second-year prospects out on the ice.

UCSD is a four-time PCHA champion, winning the title in 2000, 2001, 2003, and 2006. The team has fully transitioned as an affiliate of the PAC-8 after stints in the National Collegiate Hockey Association and West Coast Hockey Conference. The regular season runs through the fall and winter quarters, from early October into late February. Prospective players should email ucsdhockey@gmail.com to inquire about skating with the team. Weekly commitment to the team is expected of all players, which consists of on-ice practice, off-ice team outings, and 1-2 games per weekend. 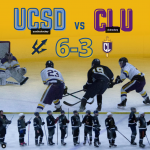 Last game of the year for the UCSD Tritons, going on the road to take on Cal Lu. Isaac Laddon would be in net for the Tritons, freeing Connor Tabone to play his native defenseman position for the final game of his UCSD club ice hockey career. Read More>> 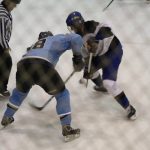 This game was played on a Tuesday night, just 48 hours after the Tritons finished up a back to back road trip in Arizona. Coming back home to play SDSU is not an easy matchup under any circumstances, especially after coming home from a tough 2 game series. Read More>>

On our winter road trip to Tempe, Arizona to take on ASU the team would have a shortened bench. Due to the shortage of tritons, in the first game... Read More>>

UCSD Tritons battled UC Davis in their first game back after winter break. The game was played after just one Tuesday practice. To start off... Read More>>

After a long drive to Bakersfield, the UCSD Tritons made it to the game. We were severely short-benched. It was UCSD’s final game and we came out with a positive attitude. Read More>> 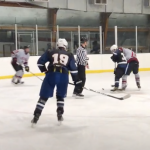 After an uplifting victory against USD the previous night, the UCSD Tritons started the game with a quick goal. Read More>> 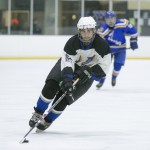 The fourth game in the UCSD vs USD series commenced with a quick goal by Kevin Shiltz from UCSD, which set the tone for the game. UCSD was able to keep the lead during most of the game. The game was really close, neither team giving up a lead for too long. The 2nd period was rather uneventful, with neither team scoring Read More>> 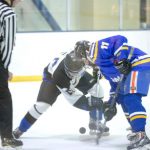 The Tritons started out strong and was able to dominate most of the game leading into the 3rd period with a score 4-1. Read More> 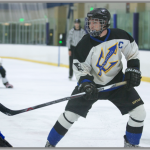 Having a few injuries on the UCSD team, the Tritons had to travel short-benched up to Simi Valley to face the UCDavis Aggies. Read More> 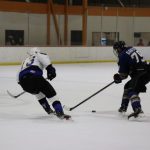 Although being again short-benched, the Tritons were able to withhold the forces of the Anteaters for about a period. Eventually they got 4 against them. Read More> 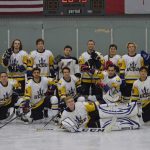 The Tritons came out with a pep in their step. Despite not having touched the ice for a month, each player played with a fervor that is seldom seen in the ACHA. Read More> 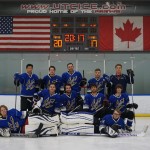 UCSD took on Division leading SDSU in a cross-town rival match on the ice. Though the matchup was not in UCSD’s favor, they put up a good fight and avoided a blowout. They kept the game close and put the pressure on SDSU. Read More > 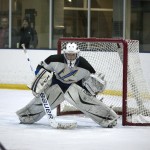 UCSD Storm Back Late Yet Again to Crush CSULB

The Tritons travelled to Bakersfield to take on the CSULB Roadrunners. Bakersfield jumped out to a 3-2 lead for a majority of the game. Read More >

UCSD Outhustles Chapman To Secure The Victory Against All Odds

The Tritons, despite being outnumbered 20 player to 8, managed to hold off Chapman’s forces. The game was 2-1 in Chapman's favor for most of the game. Read More > 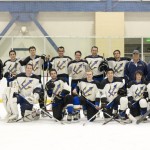 Battle of the Twin Goalkeepers: UCSD Comes Up Short Against A Loaded UCSB Roster

The Tritons travelled to Santa Barbara to take on the Gauchos' enormous 20-man roster. They battled with their much shorter bench, but the Gauchos were able to maintain a 2 goal lead throughout most of the game. Read More > 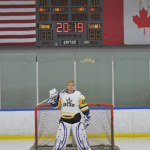 The Tritons took on the UC Davis Aggies for the first time this year on 11/10. The Aggies came on strong getting the first 2 goals of the game. The Tritons quickly turned things around and took the lead with 3 goals of their own.Read More >

Ice Hockey Puts Up A Fight

Now that team has had a couple of games and practices behind us, we came out ready. We quickly got a lead in game, and held off USD for a couple minutes until they managed to score a goal and tie up the game.  Read More > 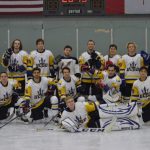 UCSD dominated the majority of the game, thanks to getting 3 quick goals to take an early lead against USD. Throughout the battle in the second period the score remained the same. >Read more

Due to only having one practice before the game, UCSD came out a bit slow. USD got a quick lead on us scoring 5 goals. Read More> 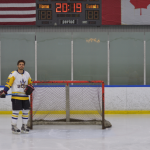 The Tritons had a good chance to snap a season long losing streak against UC Davis, but a slow start proved to be insurmountable. Defensive lapses quickly put San Diego in a hole, and continued shakiness had the game out of hand fairly quickly  Read More> 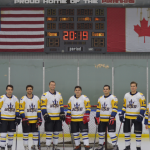 Stellar Goaltending keeps Tritons in game, but they fall 1-2

Against one of the strongest teams in the division, the short-manned Tritons team displayed remarkable force of will alongside fantastic goaltending by Nolan Karma. While outshot heavily, the game never became out of hand, as the Tritons  Read More> 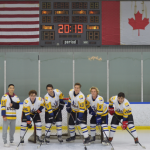 In the most attended game of the year, UC San Diego came out of the gates strong and finished even stronger. Other than a few fluke goals by USD, the Tritons dominated the game throughout, with excellent goaltending, strong defense, and a dynamic Read More>

Looking to comeback after a few tough losses, the Tritons were fired up heading into the game against CSU Fullerton. Unfortunately, the loss streak would continue, as the game was never very close. A few goals early by Fullerton was all Read More>

UCSD comes out slow and can't quite comeback

UCSD Ice Hockey took on Santa Barbara, looking to pull out a win after a tough loss to LMU. Featuring a sibling goaltending matchup, between Nolan Karma of UCSD and his brother, both teams were excited heading in. Read More> 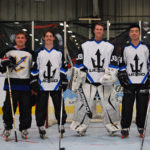 The Tritons came out of the gate strong against LMU. They scored two quick goals early, and strong goal-tending kept them up 2-0 through the first 30 minutes of the game, despite being out-shot heavily. Read More> 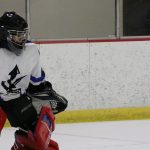 First Game of the Season

The ice hockey team kicked off the season on the road against Loyola Marymount University, who boasted a 4-0 record, at the Skating Edge Ice Arena in Torrence, Los Angeles. The game started off fast with LMU on offense taking numerous shots. Read More>