Fall Quarter is the busiest time of year: league matches begin the week following tryouts and the team travels to Santa Barbara to participate in the UC Santa Barbara Invitational, in addition to other independently scheduled matches. Based on their league standing and NIRSA rankings, some teams are also invited to play in the Regional Tournament, from which they can qualify to participate in Nationals. During Winter Quarter, we compete against teams in Southern California, in addition to a weekend of round robin friendlies with schools in and around the Bay Area. Spring Quarter means Spring League and a variety of university sponsored tournaments, including UCLA’s Bruin Classic and the UCSD Invitational, a successful venture held jointly by the Men’s and Women’s club teams since 2009, which plays host to teams from across the nation.

Any ladies interested in becoming a part of the Women’s Club Soccer Team should please contact the captains at ucsd.womens.club.soccer@gmail.com. We currently have one team that rosters somewhere between twenty and twenty-four girls. Tryouts occur during Welcome Week (Week Zero), lasting three day in total. For more information, please click on the following link:
Women's soccer tryouts flyer

There is a fee to play for the women’s team that varies annually. In previous years, it has been approximately $500 to $600. Please bear in mind this amount is for the entire year, covering all manner of expenses, including but not limited to apparel, equipment, tournaments, hotels, gas, and referees. Please do not be discouraged if this seems to be financially inaccessible. We fundraise throughout the year to help subsidize costs and take pains to ensure no one is barred from playing due to purely monetary considerations.

Please don’t be shy and come on out! We’d love to make you part of our family. 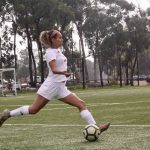 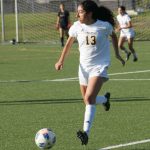 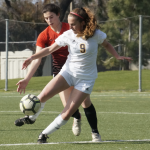 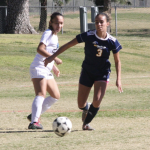 After a rainy morning in San Diego, the sky cleared up and we, UCSD women’s club soccer team, were more than ready to take on UC Irvine on our home field.  Read More > 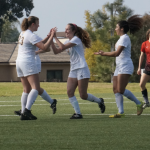 The third game of the UCSD WCS spring season began Sunday afternoon at 4:00PM, after a two-hour drive through mild Los Angeles traffic. 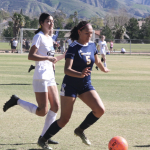 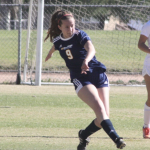 Pulling up to the field at CSU San Bernardino, the air stale and hot, the lady Tritons set out to conquer their first game of the season.  Read More > 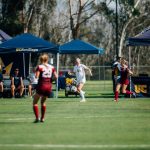 After a grueling seven hour drive to San Luis Obispo, the UC San Diego women’s club soccer team stepped onto the field at eight in the evening to take on their first opponent, UC Santa Barbara, in the NIRSA Regionals tournament. Read More > 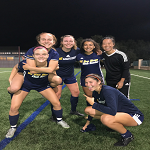 It was a beautiful day and an even more beautiful night for the last game of the quarter, with the UC San Diego Tritons playing the Long Beach Prospectors. This game was not only the last game but the last chance our Tritons had to get into Regionals. Read More > 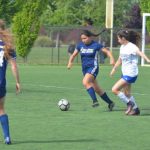 UCSD Shows Out At UCSB Invitational

In their opening weekend, the UCSD Women’s Club Soccer team faced off against UCLA at home. Following a hard fought match the day before, the team was hoping to build upon their momentum and improve their record. Read More> 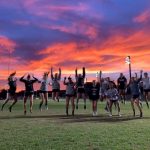 Kicking Off the Season

The first game initiating the UCSD women’s club soccer team season ended in a striking result against Point Loma Nazarene University. Although it was a “scrimmage”, both teams battled each 50-50 ball as if their life depended on it. Read More> 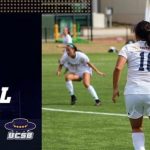 Tritons Take the Field for the Season Opener Game 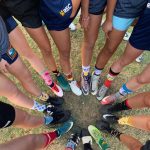 Tritons Attack UCI for the First Win of the Season

Sunday, October 7th the mighty Tritons drove up to UCI to face off against the Anteaters. The game began at 12 o’clock sharp with both teams battling to gain possession of the ball. Within the first 10 minutes, the Anteaters snuck in a lucky shot against the Tritons making it a score of 0-1, UCI. Read More>

Tritons Fight for the Weekend

Friday, October 12th the Tritons drove up to UCSB for the 15th Annual UC Santa Barbara Women’s Club Soccer Invitational. The first game of the tournament was Friday night under the lights against Cal Poly SLO. Read More> 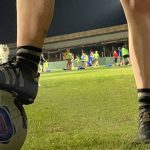 The Tritons Conquer the Bruins!

It was perfect soccer weather last Sunday and the field was freshly mowed. Going into the game the Tritons knew they needed to win to have a chance to move onto regionals. Read More> 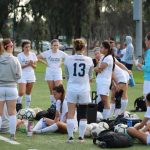 On a cloudy Saturday afternoon, our lady tritons took the field to play their last season game against their opponent CSU Long Beach. This game, if they won, would help the club team reach regionals. Read More> 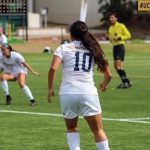 UCSD Takes on Regionals in SLO

The San Diego Tritons faced off against the Cal Bears for their first game of Regionals at Cal Poly, San Luis Obispo. Just as the sun was peaking over the mountains to illuminate the field, the game was underway. Read More> 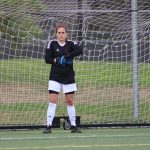 Great Start for the New Season

To officially open the new season, UCSD Women's club Soccer team played Point Loma Nazarene University. With a couple of months off, UCSD trained hard to get back into the groove of things to prepare for this upcoming season. Read More> 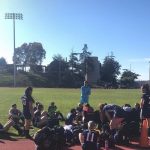 A fair day atop the hill of the field that is CSU San Marcos was the setting for today’s matchup. Read More> 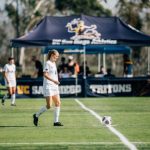 On the night of Thursday, February 28th, the UCSD Women’s Club Soccer Team faced off against San Diego State at the Aztec’s home field. Both teams came out ready for a hard battle. Read More>

Saturday’s are for Soccer

This Saturday the UCSD women’s soccer club team battled against the UC Irvine Anteaters. The Tritons came out hard and ready to avenge the loss from the week before. Read More> 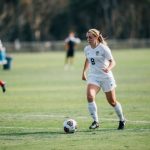 End to an Excellent Weekend

The UCSD women’s club team kicked off Sunday morning with a game against the Orange County FC women’s club team. The Tritons started off very strong scoring a goal within the first five minutes by freshman midfielder Nadia. Read More> 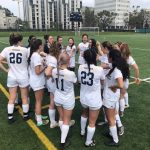 The UC San Diego Women’s Club Soccer team faced off against a new foe this past weekend. Cal State Fullerton marched on the pitch and looked determined to bring the heat. Read More>

A Game of Tug of War

On the beautiful Saturday afternoon on March 16, 2019 the UCSD women’s club soccer team went out for a game against USD. With finals just around the corner UCSD showed up to USD ready to play. Read More>