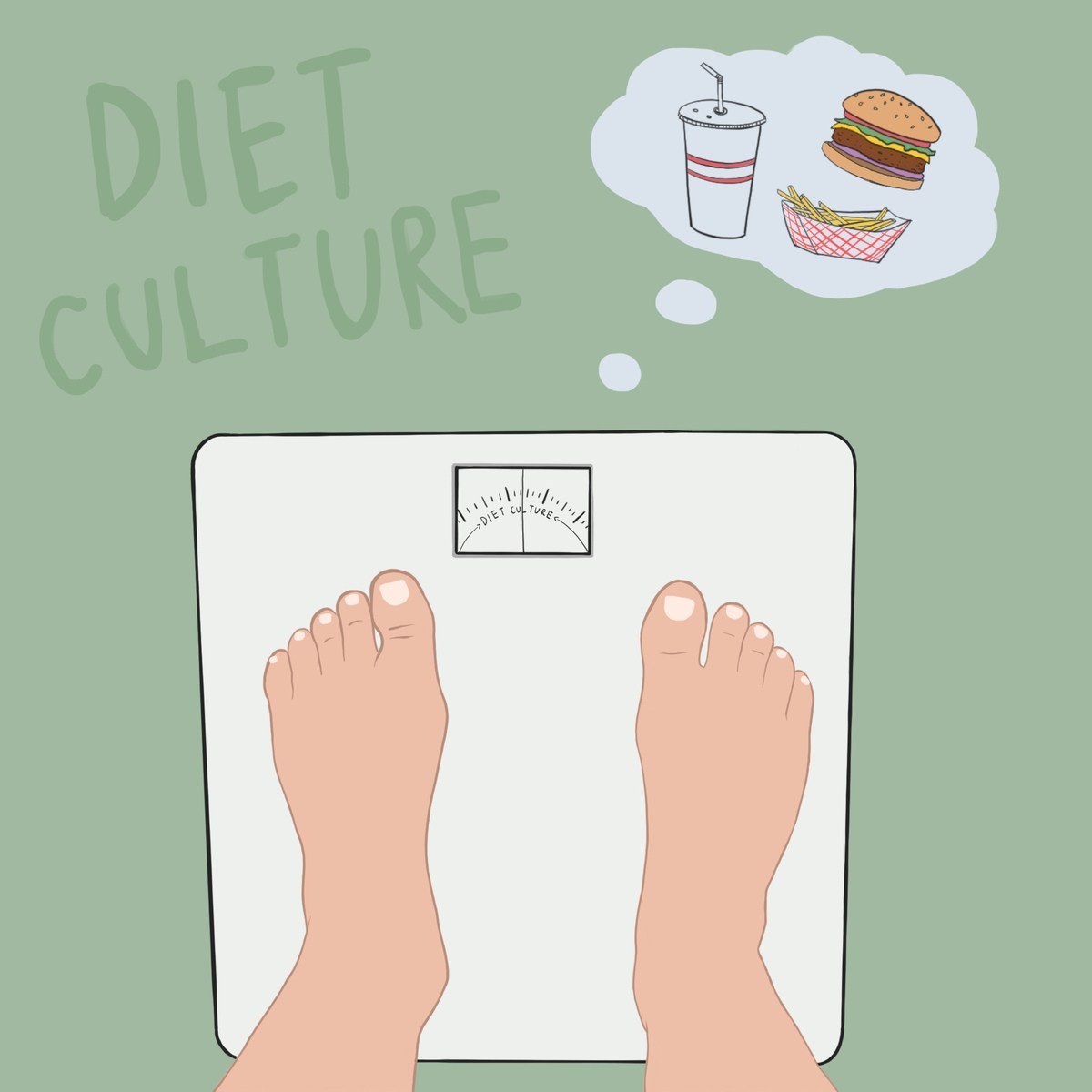 What Is “Diet Culture”?

“Diet culture” refers to a set of beliefs that values thinness, appearance, and shape above health & well-being 1,2,3. Additionally, the concept places importance on restricting calories, normalizes negative self-talk, and labels certain foods as “good” and “bad”. Individuals subjected to “diet culture” messages have been conditioned to believe that not only does thinness and dieting equate to health, but that the pursuit of health makes one person morally superior to another1,2,3.

Some examples of fat talk include:

“Diet culture” and “fat talk” have become so normalized in modern society that disordered eating behaviors may happen without any concern1,2,3. Common warning signs of eating disorders (such as skipping meals, restricting calories, excessively exercising, and eliminating certain food groups) should be concerning, but are instead looked upon as normal now. Thus, the vast presence of “diet culture” and “fat talk” may contribute to harmful behaviors that are left unacknowledged; these may then persist into a diagnosable eating disorder1,2,3,4,5,6.

How is Social Media Involved?

The media has a tremendous impact on body-image1,2,3,4,5,6. Social media platforms are accused of distorting reality, in that the models portrayed are either naturally thin and thus unrepresentative of normality, or unnaturally thin due to forced dieting, malnutrition, and/or digital editing2,3. Edited images have been reported to encourage men and women to compare themselves to heavily enhanced and often physically unachievable appearance ideals, which can have a serious negative impact on their wellbeing6. Exposure to these images in the media has been associated with increased body dissatisfaction, lowered self-esteem, and body image-related anxiety6. Also, not surprisingly, the media are often blamed for the increasing incidence of eating disorders because images of idealized/slim physiques motivate society to attempt to achieve slimness themselves. It can be assumed that viewers are under the impression that thinner is better, and that skinny equals attractive1,2,3,4,5,6.

Here are some steps to eliminate “diet culture”:

These actions can create a happier & healthier society.

If you’re struggling with body image check out these resources:

And if you’d like to improve your relationship with food, schedule an appointment with Erin Kukura, MS, RD (UCSD Recreation Dietitian).