On October 26th-27th, 13 members of the UCSD Dragon Boat Team competed against some of the top international teams in the world. The team was invited for an all-expenses paid trip and the chance to represent the US at the 2019 Wenzhou (Ouhai) Dragon Boat Invitational Tournament of World-Famous Schools in China. Upon arrival, the team was greeted with a big sign, flowers, and a personal liaison for the competition. The organization and support for the student-athletes was astounding as all teams were given plenty of hotel rooms, enjoyed endless buffets for every meal, experienced efficient transportation, and interacted with friendly volunteers that helped translate and guide us throughout the trip. UCSD’s liaison even took the time to create a “best things to do in Wenzhou guide book” to utilize if the team ever came back. The hospitality was truly something to behold.

To kick off the competition, the UCSD team, proudly waving their University flags, led the parade of teams walking in to the competition site. Fans were waving and taking photos all along the way. On a comedic side note, due to the language barrier and the determination that our name was too long, the hosting organization decided to call us University of California…although not entirely accurate, the UCSD team found it amusing to represent all UCs in addition to the US. Upon arrival, the team was quickly able to check out the competition and meet some of the other teams such as University of British Columbia and University of Toronto from Canada, University of Melbourne from Australia, Ca’Foscari University of Venice from Italy, Fu Jen Catholic University from Taiwan, Wenzhou University and more. This meant their competition was tough, and they were competing agai

nst some of the best national-level athletes and teams in the world. However, the Tritons remained focused on what they could control and decided to have fun no matter what the results. They may not have had all the equipment, size, or experience that many of the other teams had, but they did have the spirit, camaraderie, and early morning yogurt drinking competitions as their recipe for success.

UCSD competed in six races, consisting of four teams each, throughout the weekend and placed 2nd in all of their 200m and 500m races. On the final day of competition, the team again placed 2nd in their 200m and 500m races. For their 500m race, they were behind 1st place by only eight-tenths of a second. In totality, their racing resulted in an overall ranking of 12th place. Although the ranking may not have been the highest at the competition, they still accomplished more than they expected and were fractions of a second behind many of their competitors. The team was also recognized and invited to compete on the international stage in Taiwan for 2020 by Mr. Canoe, the organization that houses the record holders for fastest teams and organizations in the world. It was a great compliment.

This experience was more than just a competition for the UCSD Dragon Boat Team. It was an opportunity for these students to explore a new place, a chance to trade jerseys with teams they admired and vice versa, an exciting adventure in a new place, a great learning experience, and a time to bond with their friends and teammates. The team showed heart and determination as they kept up with some of the fastest and strongest teams in the world! They demonstrated great sportsmanship and community building by interacting with other teams, sharing meals, and learning about their training strategies. If you asked any of the athletes, they would tell you that the Wenzhou dragon boat competition was one of the best experiences they’ve had. The team is grateful for such an amazing experience that allowed them to meet other paddlers from around the world and receive the treatment of celebrities.

For more information about Dragon Boat and other Sports Club Teams click here! 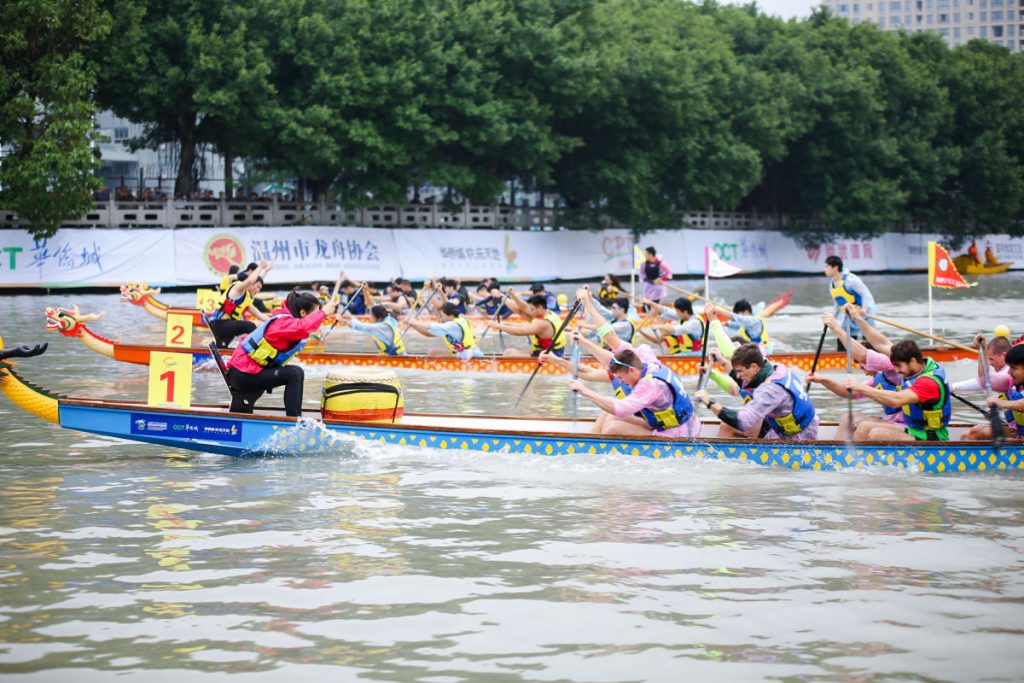 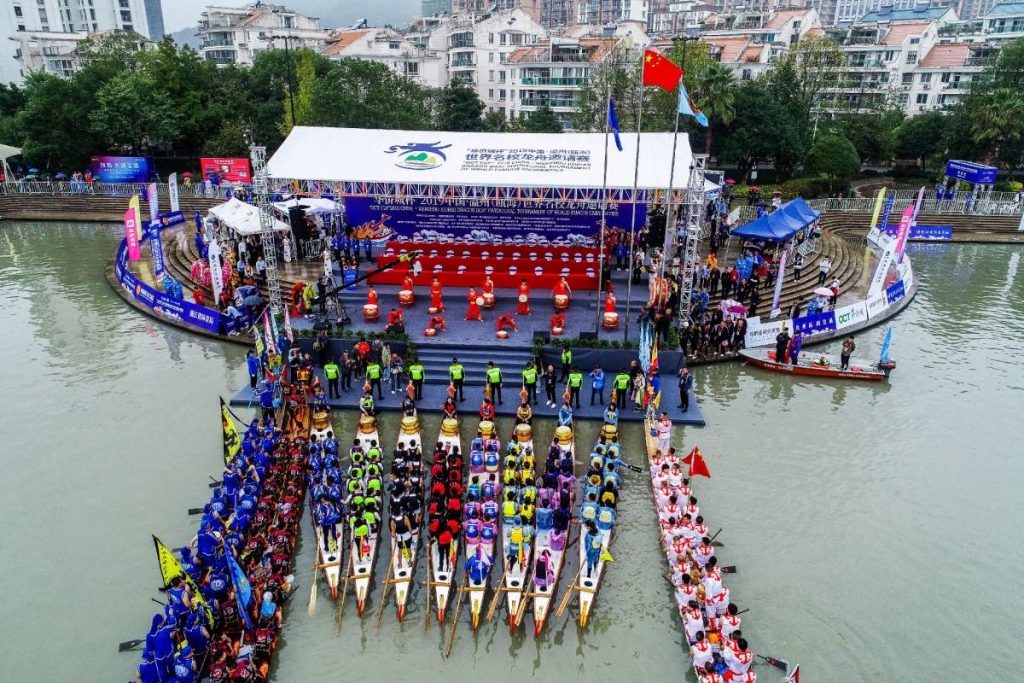 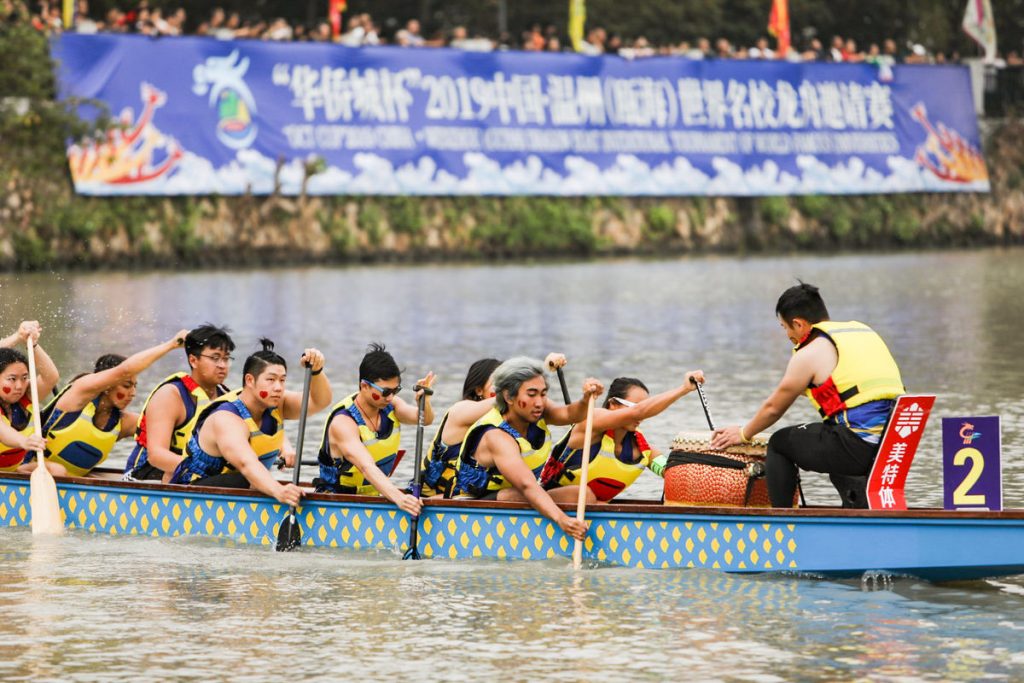 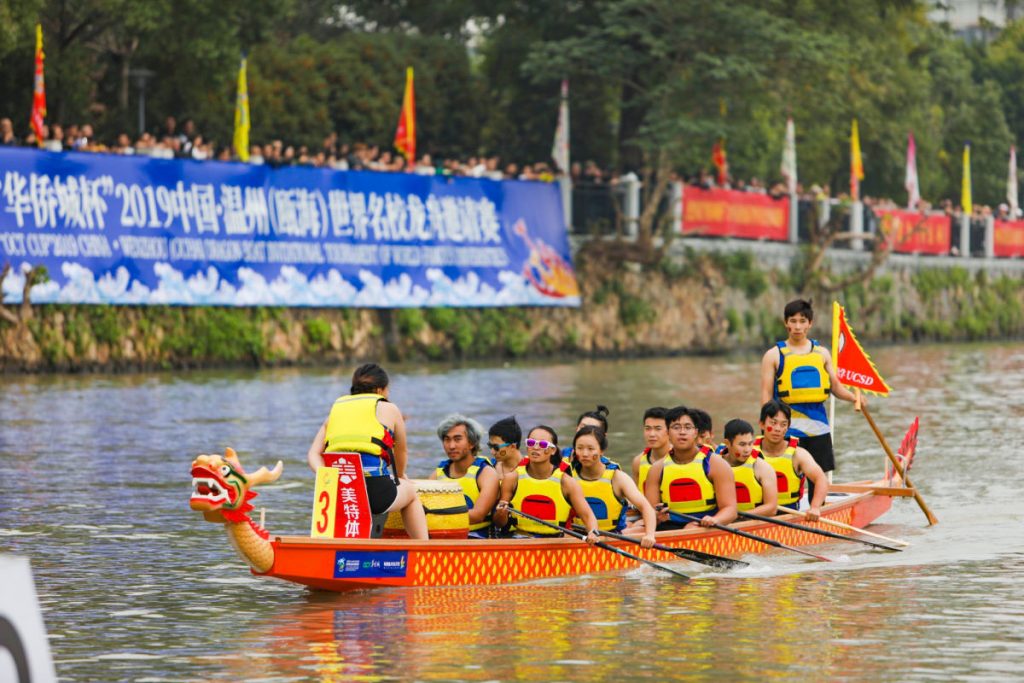 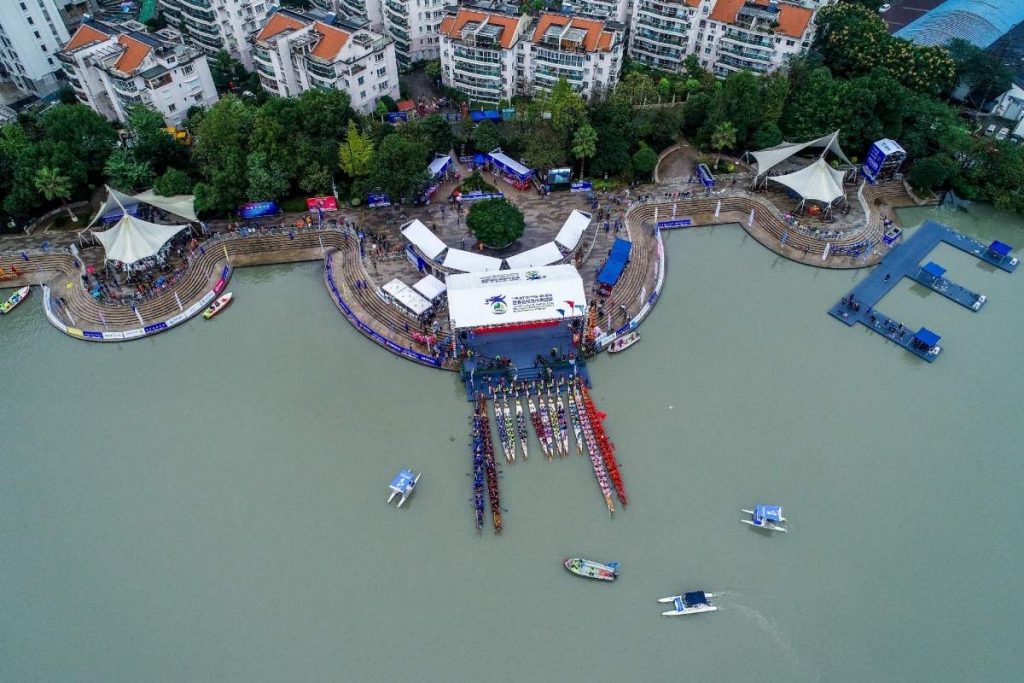 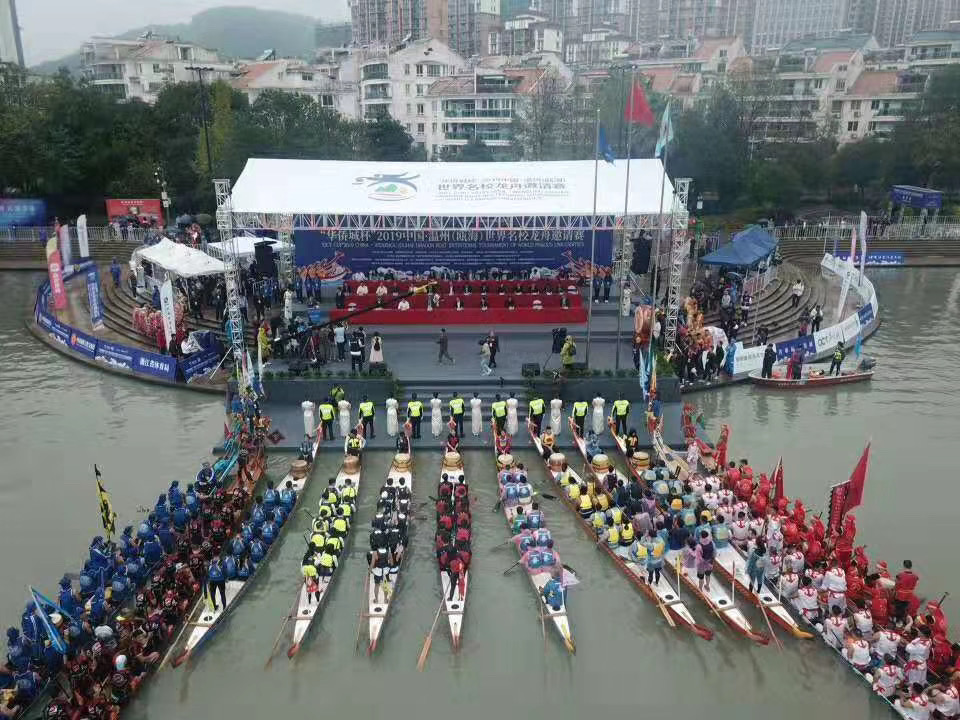 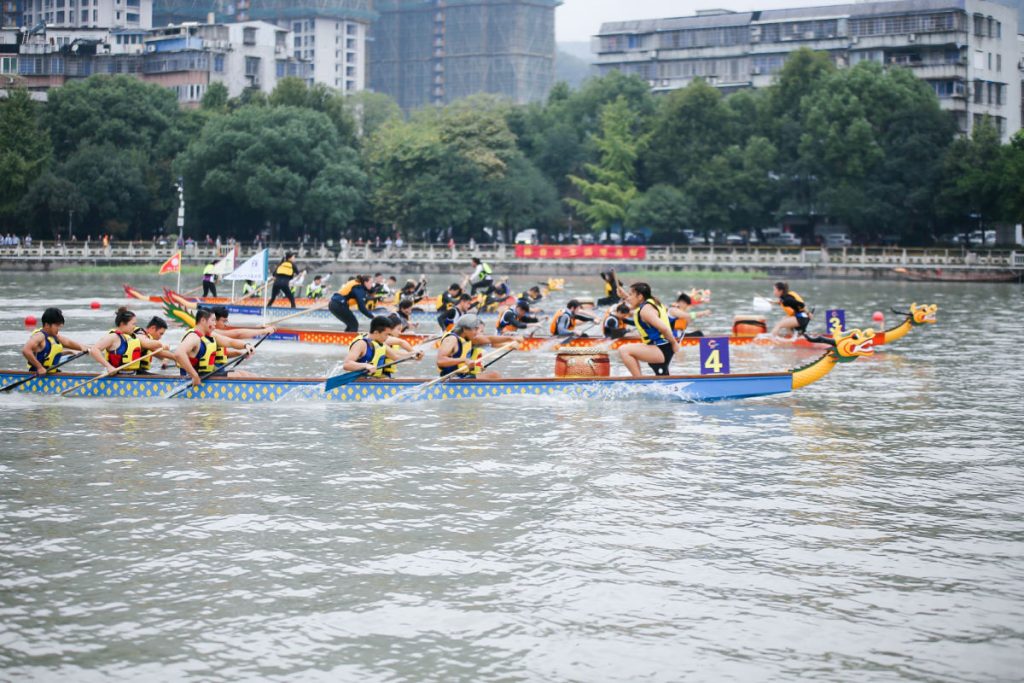 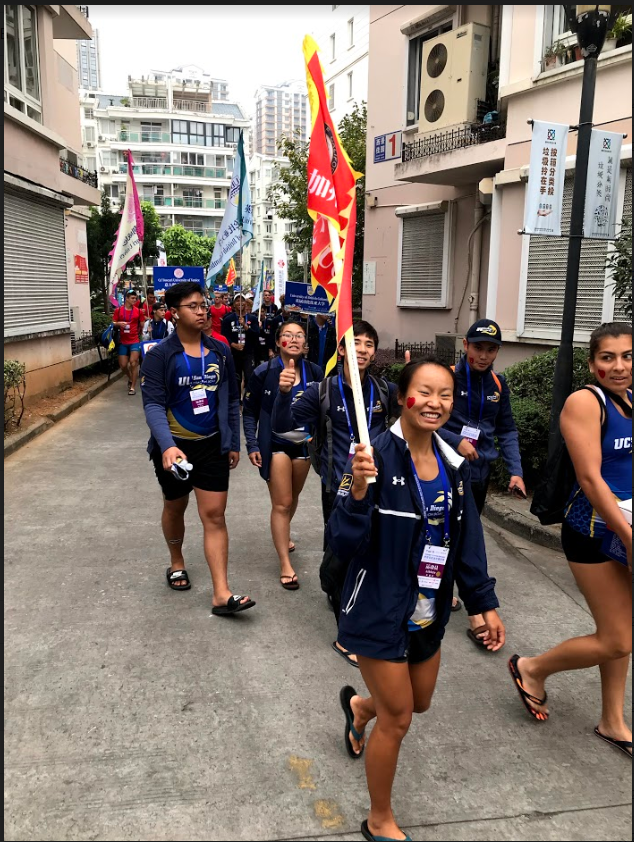