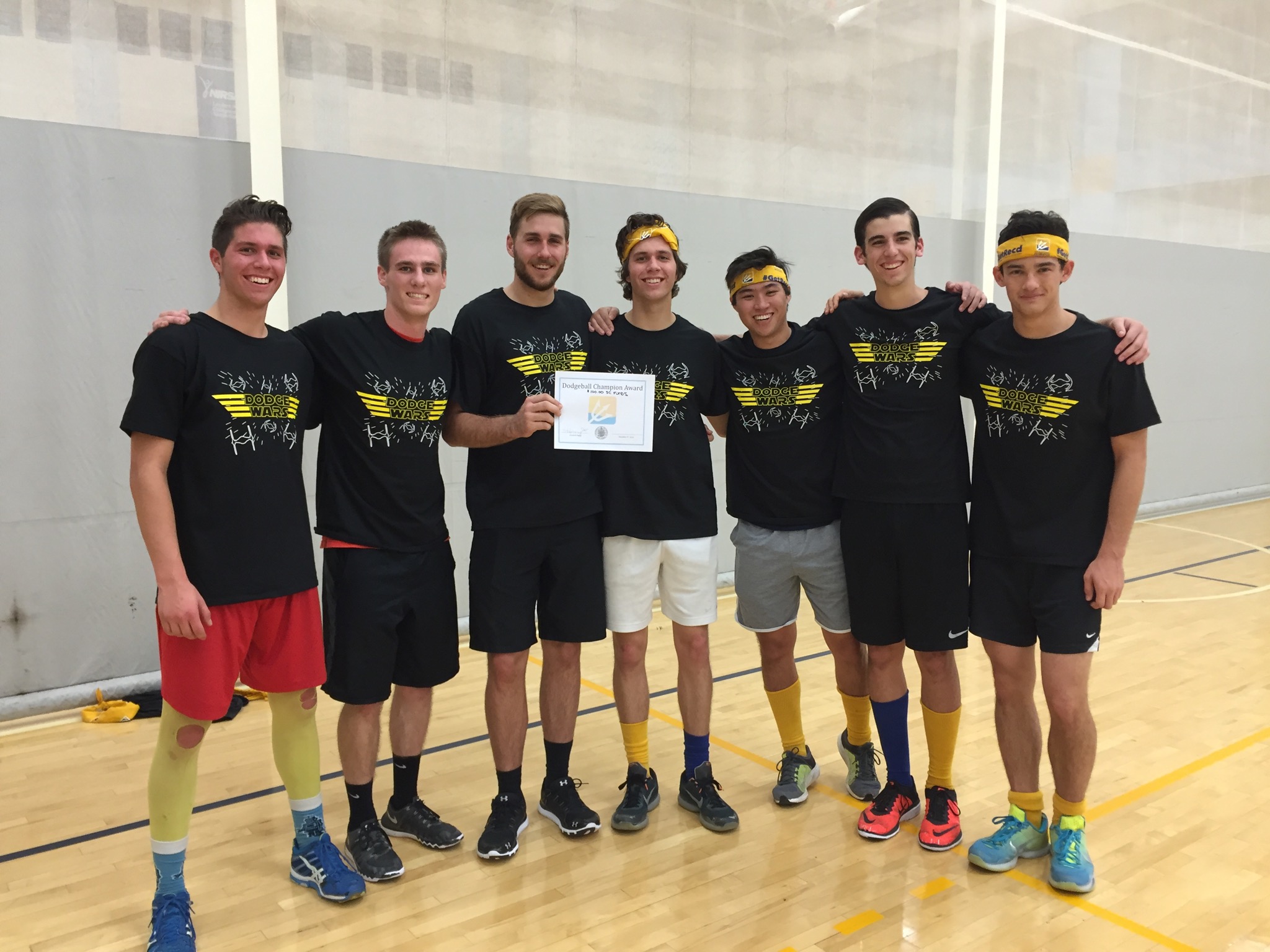 Every year multiple Sports Club teams get together for a chance at dodgeball glory and the opportunity to be declared champion. This year’s Sports Clubs Dodgeball Extravaganza was nothing short of spectacular dodges, ducks, dips, dives, and dodges. 12 Sports Clubs teams battled it out on December 3 in this year’s video game themed event. Teams came dressed up as The Sims, FIFA17, PacMan, Fruit Ninja, and more. Even the staff brought the fun with their very own display of the classic Tetris. However, the Dragon Boat team ended up winning the “Best Costume” award for their trendy PokemonGo display. In addition, teams were able to bring food that was donated to the Triton Food Panty and/or clothing which was donated to the Salvation Army. Women’s Soccer won the award for “Most Donations” for the second year in a row. One of the captains, Amy Schwartz, said, “We may not ever win the competition, but we pride ourselves on giving back the most.”

This year’s games were best out of 7 in a double elimination bracket. After the first few rounds, several teams showed they had what it took to be champions, while some others fell short. Everyone got some cool raffle prizes though! The final rounds had Men’s Soccer vs. Water Polo where Men’s Soccer came out victorious, but they soon fell to Men’s Volleyball who had lost to Baseball in the previous round. With Men’s Soccer, our 2015 Dodgeball Champions taking 3rd place, the competition for 1st place was between the undefeated Baseball Team and Men’s Volleyball. Men’s Volleyball, the underdogs, took the first game 4-3, but since Baseball hadn’t lost, they had another shot at the top. With exhaustion setting in and tension building, both teams took their places for the last round of 7. With back and forth wins, it still wasn’t clear who would come out on top. In the end, the Men’s Volleyball team took the title of “2016 Dodgeball Champion” with some serious “never give up, never surrender” attitude and the perfect dodge. Baseball was definitely bummed, but they will be back for sweet revenge next year!

For more information, on how to join this amazing Sports Clubs community and have your shot at being named dodgeball champion, contact the team captains by visiting  recreation.ucsd.edu/sports-clubs/