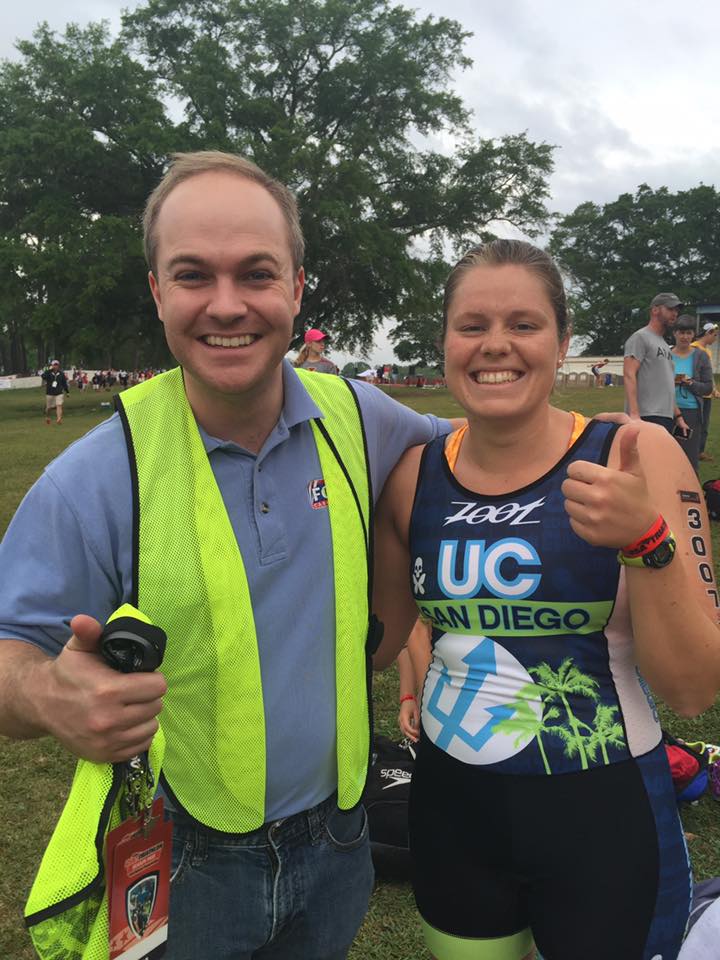 Shout out to the UC San Diego Triathlon Team who competed in the two-day USA Triathlon Collegiate Club National Championships in Clemson, South Carolina on April 22.

There were lots of great performances by the team, but the best was the women’s team captain Clare LeGuyander, who did a live TV interview showcasing UC San Diego and our club team before her race, where she came in an outstanding 9th overall among the women. More than 1,250 college athletes from more than 120 clubs competed for the title based on points earned from three sets of races: 750-meter swim, 20-kilometer bike, 5-kilometer run draft-legal sprint, the traditional 1,500m swim, 40k bike, 10k run championship and the four-person Mixed Team Relay, in which athletes will complete a 250m swim, 5k bike and 1.2k run, according to US Triathlon’s website.

Congrats to Clare and the rest of the UC San Diego Club Triathlon Team!