Esports will be offered for free this Summer for Students, Faculty, Staff, Rec Members, and Alumni! Sign up for the night/time you want to play your matches.

Gather your friends together to create your ultimate team of champions and compete in our very first League of Legends season!  Teams will challenge their opponents in Summoners Rift and vie to defeat each other’s nexus first! Gift cards will be awarded to 1st and 2nd place teams.

Compete 1 on 1 with real-life NBA players against other UCSD students from your living room! Sign up for the PS4 or Xbox league-1st and 2nd place will receive gift cards!

Since we are running this as an individual game – the program will automatically use your name as the team name. After you register, please edit your ‘team name’ to be the same as your user name in the game. Your opponents will need to search for you with that user name.

Make sure that your Team Name is the same as the one you’re using in the game! Your opponents will need to search for you with that.

Compete 1 on 1 with real-life NFL players against from your own home! Sign up for the PS4 or Xbox One league-1st and 2nd place will receive gift cards! 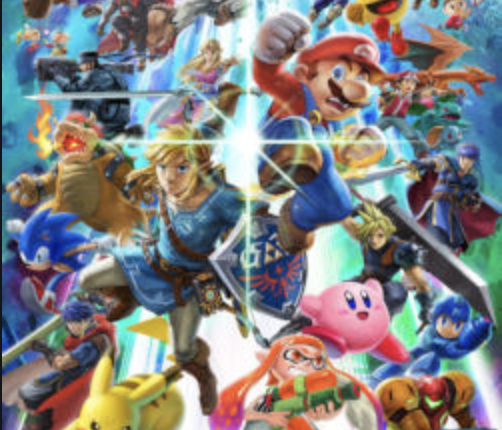 We are arranging for a solo Smash Bros. tournament sometime in August, so start training and stay tuned!

First Season will start Monday, July 13th  and will last 2 weeks.  One to two matches will be scheduled on each of your selected nights (8pm/8:45pm or 9:30p/10:15p etc).  Feel free to start the 2nd game early if both opponents are ready.  A Round Robin will take place over three nights during the two week season and then a small playoff bracket on the final night of your block selection.

Gift Cards will be given to 1st and 2nd place!

The UCSD League of Legends team boasts one of the strongest collegiate teams in North America. In previous years, our team has consistently placed within the top 8 teams for the west conference. This year, with official support from UCSD Esports, the team hopes to perform even better and take the trophy home. League of Legends is a 5-versus-5 multiplayer-online battle arena game. To win, you must have the skills, teamwork, and quick decision-making to outsmart your opponents and destroy their base, before they destroy yours.

Overwatch is a team-based 6v6 first-person shooter where players work together towards game objectives such as securing and controlling points on a map or escorting a payload across the map. Each player selects from a roster of heroes with various strengths, weaknesses, and one of three roles: Damage dealer (Who work on killing the enemy), healer (Who heal damaged allies), and tanks (Who try to shield or absorb damage).

Triton Dota is a tight-knit grassroots organization brought together by the love of the game and our special blend of play styles. With a promising new batch of talent this season and experienced veterans to guide them, we look forward to fielding a strong varsity team in CSL’s Star League! Dota 2 is a deep 5v5 action strategy computer game characterized by long matches, over one hundred playable heroes, and a multitude of items that ensure each game scenario can play out differently.

The UCSD StarCraft team is one of the oldest and most successful Esports teams at UC San Diego. Since its inception in 2009, different iterations of the team has qualified for the playoffs almost every year, most notably winning the first CSL tournament in 2009, and qualifying for ESPN's Collegiate Esports Championship in Houston in 2019.

The series started with a ban/pick phase that favored University of Washington, where UCSD tried to ban out Attack Damage Carry (adc) picks for UW... Read More>

An unconventional mid lane strategy by SJSU did not pay off and resulted in a clean victory for UCSD in the first game of the series. Read More> 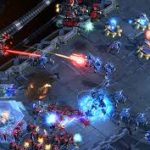 Following a top 4 finish in the spring season that led to the UCSD’s appearance in the first ever ESPN Collegiate Esports Championship in Houston, Texas, the team entered the fall 2019 Season lacking its strongest player. Read More> 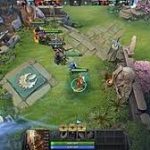 UBC DOTA Edges out UCSD in a Close Call Match

An impressive display of coordination near the enemy base guaranteed a Game 1 victory for UCSD’s DOTA squad. Read More> 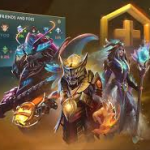 UCSD Takes CSULB Out to Shore

Having lost to UCSC the previous weekend, UCSD Dota came into this match with a point to prove. Read More> 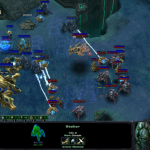 UCSD Brings Rochester Down to Earth in Starcraft 2 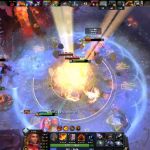 UCSD Rises Against Alberta in Dota 2

After breaking into the Top 10 of CSL's power ranking for 2019, UCSD's Dota team has yielded strong results overall, struggling only against the other top ranked schools in heated matches and smashing the rest of the competition with ease. Read more>